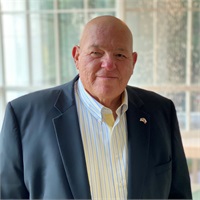 Gary Hansen has been in the financial services industry since 1980 and has served thousands of customers across the western United States. Gary has hosted and appeared as a guest speaker on several radio shows, and has been featured in various newspaper and magazine articles over the years. He is dedicated to continually furthering his expertise by regularly attending training sessions around the country with some of the nation’s top financial experts and Social Security advisors. Gary is an NSSA Certified Social Security Advisor. When not working, Gary enjoys spending time with his family – his wife of over 40 years, and his 7 children and 16 grandchildren (and counting). He is an avid racquetball player but also enjoys cycling, golfing, and Taekwondo. Gary also spends many hours each week in charitable activities – volunteering for his church, spending time in the local schools educating young people about financial literacy, and (probably his favorite) driving John Deere tractors on a welfare farm in Greeley. Gary’s personal motto is two-fold: 1) Always tell the truth, even when it hurts, and 2) Always do what is in his client’s best interest.