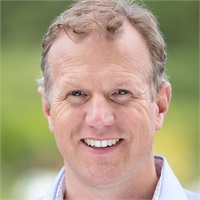 Dana has been a licensed life and health agent in Colorado since 2002. His initial insurance training included working with RT Health and Life out of Greeley, Colorado and working closely with HealthChoice One from Denver. During this initial time working with Northern Colorado licensed medicare providers, he was able to make personal connections with some of the largest national insurance carriers in the market and established a book of business working with self-employed individuals and small businesses here in Colorado.

In 2004, Dana established his own independent agency, Choice City Health, LLC. He then continued working as a health and life agent with a focus on being a leading Fort Collins and Northern Colorado medicare provider. In 2008, he added Medicare as part of the portfolio of plans and coverage, with a primary focus and partnership with UnitedHealthcare. Between 2008 to 2018 he had the privilege to learn and work directly with the UnitedHealthcare management team located in Denver and served for three years as part of the ICA agent’s council. He was routinely awarded top producer from 2011 – 2017.

Then as the Medicare market expanded and assessing the ongoing growth opportunities with people turning 65 and moving to Northern Colorado, it became time to include additional insurance carriers as way to serve the Northern Colorado Medicare population.